The unmanned MQ-9B Sea Guardian, a maritime surveillance aircraft, operated in conjunction with a guided-missile cruiser during the Navy’s Integrated Battle Problem 21 off the coast of San Diego, according to a press release sent today from the 3rd Fleet.

Yesterday’s integration of the Sea Guardian with the guided-missile cruiser executed “long-range, over-the-horizon targeting,” according to the release. The Sea Guardian used sonobuoys and other assets to identify contacts and report locations “remotely to the commander on board the cruiser.”

IBP 21 was billed as a “major experiment” when the Navy released its unmanned campaign plan last month. The exercise, which started Monday and will last through April 26, is testing the contributions of unmanned assets to enhance the battle during the “most challenging operational scenarios” while reducing risk to human personnel.

The 3rd Fleet said the Sea Guardian enhances the Navy’s anti-submarine and anti-surface warfare capabilities. IBP 21 features assets above, on and below the sea.

A full list of the assets involved in IBP 21 can be found here. Surface, subsurface and aerial unmanned assets will team with littoral combat ships, guided-missile destroyers, guided-missile cruisers, submarines and helicopter squadrons, according to the 3rd Fleet. 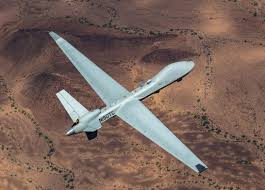