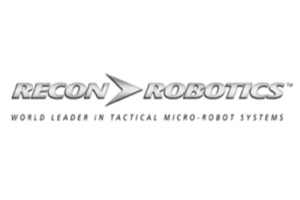 ReconRobotics is the world leader in tactical micro-robot and personal sensor systems. Worldwide, over 5,000 of the company’s robots have been deployed to the U.S. military and international friendly forces, federal, state and local law enforcement agencies, bomb squads and fire/rescue teams. Each day, they use the company’s mobile Recon Scout® and Throwbot® devices to protect their personnel, minimize collateral damage, and gain immediate reconnaissance within dangerous and hostile environments.

The company was formed in 2005 to commercialize robotics technology developed at the University of Minnesota’s Center for Distributed Robotics under funding from the Defense Advanced Research Projects Agency (DARPA) and the National Science Foundation, among others. Today, ReconRobotics markets its products through a distribution network in more than 33 countries. Among the users of Recon Scout robots are the U.S. Air Force, Army, Navy and Marine Corps, as well as many federal agencies, including the U.S. Marshals, Border Patrol, FBI, ICE and ATF.